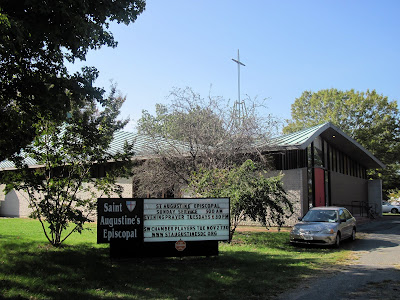 In this month's The Southwester, it was reported that St. Augustine's Episcopal Church has reached a deal with PN Hoffman to permit the developer to build about 100 residential units on the church's property, located at 6th Street & Maine Avenue. The residential units will be designed by SK&I Architectural Design Group, who has designed several PN Hoffman condo 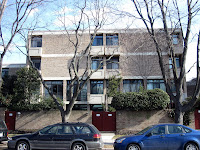 buildings, including Metro, Desoto, Carlyle Square, and Chase Point. In addition, the church will build a new sanctuary on site, designed by MFTA Architecture that will face Arena Stage. It was mentioned at October's ANC 6D meeting that PN Hoffman was in negotiations with St. Augustine's to build 92 units on their land and the deal would allow the church to build a new sanctuary. I spoke with Matt Steenhoek from PN Hoffman to get more details on their plans. According to Steenhoek, the residential units will be condominiums four-stories high with below-grade parking. The design will resemble the nearby townhouse vernacular of Tiber Island and will incorporate an enhanced streetscape that is pedestrian friendly. The Southwester article describes the parking & traffic flow plan for the project:

Traffic flow on Sixth Street is proposed to be limited to one way toward M Street, and off-street parking will be provided for the development. An underground parking garage will have its entrance on the northwest side of the site, facing away from the established neighborhood. Sixth Street will retain residential parking on both sides.

The deal between St. Augustine's and PN Hoffman isn't unprecedented in the neighborhood. Just a few blocks east on M Street, St. Matthew's Lutheran Church came to an agreement with Trammell Crow Company a few years ago to do a similar arrangement. That project is supposed to start the PUD process this year and start construction in 2012. The St. Augustine's project, however, probably won't get underway until 2016 or so, in order to coincide with the third phase of development of the Southwest Waterfront.
Posted by SWill at 9:59 PM