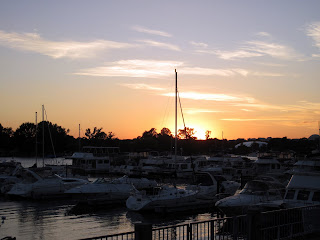 - The Washington Examiner reports that the DC Council is taking up legislation on Tuesday that will reduce the amount of affordable housing required at the redeveloped Southwest Waterfront. Under current law, 30% of all residential units built at the District-owned Southwest Waterfront parcels will be set aside as affordable housing - half of the affordable units will be for those earning up to 30% of AMI and the other half for those earning up to 60% of AMI. So out of the 560 units planned by the Hoffman-Madison Marquette Waterfront team, 168 of those units will be affordable. Under the new Council legislation under consideration, the 30% affordable requirement will only apply to the first 500 units. That means only 150 affordable units will be available on the waterfront if the legislation passes - a reduction of just 16 units. I have a suspicion the development team wants to build less office space and more residential units than the 560 units originally planned, which would allow all those extra units to be strictly market-rate.
- Back in August, the Securities and Exchange Commission signed a lease for 900,000 SF of space at Constitution Center, but according to the Washington Business Journal, the SEC only needs 300,000 SF and will most likely give the excess space back to the landlord to re-lease. This probably means Constitution Center is now back in the running to land the new headquarters for NASA, which according to the WBJ is looking to move from their current location at 300 E Street by July 2012.
- The Wall Street Journal recently did an article about the design of Arena Stage by Bing Thom, but in the article, described much of the housing in Southwest as "dilapidated and dispiriting" and the waterfront with "piers chockablock with nondescript boathouses."

- The Architect's Newspaper shows an initial massing from another Thom project - the redevelopment of Randall School. The design of the project is still in its initial stages, so the massing just shows the density of the site, not what the buildings will actually look like once completed. The Randall School project will include a museum, boutique hotel, restaurant, some retail, and residential. (rendering courtesy of Bing Thom Architects)
Posted by SWill at 11:33 AM

The new legislation concerning affordable housing on the SW Waterfront corrects a serious problem caused by the current legislation. While the change does reduce to 150 the 168 units, which all fall into the categories classified as low-income and very-low-income, it adds an additional 80 units of affordable housing to be classified as workforce housing. This means that police officers, firemen, teachers, nurses, etc., will also live on the waterfront. Not only does this benefit everybody in the community, but it allows the City to retain more of its workforce residents, who will pay income taxes and real estate taxes here, rather than work here but live in Virginia or Maryland.

The Examiner headline is very misleading, what is really reduced is the percentage of low income units, not the number. Waterfront is the wrong place for very low income residents, that is the 15% requirment for a four-person household making no more than $31,000 a year. We need this type of housing in Southwest for cummunity stability, but a tourist-focused marina district is not the place for it. These most vulnerable of our neighbors will be isolated from ready access to a supermarket, pharmacy, Metro station, etc. I'd suggest the betwwen 2nd and 6th, and H and O Streets as better options. There are block and blocks of empty space in that square those boundaries defne.

we've discussed it before on this blog when Bob Craycraft made this argument, but I don't think the waterfront area is so disconnected from the amenities you mention as to be a bad location for low-income people. A CVS, a Safeway, a bank, churches, a preschool, elementary school, and junior high are all within about half a mile...and if they're a couple blocks further, well, there are 2 metro stations and several bus lines that can get people there. There are several places now and more coming where some low-income folks could find jobs within easy walking or public transit range. It's a ton better in these respects than most public housing in DC! The more I hear this argument the more I worry it's a smokescreen for not wanting affordable housing in the new development.

I'd also dispute the assertion that there are blocks of empty space in the range defined in the comment. A lot of that is going to be redeveloped by the churches that own it; other parcels are District-owned, but designed to be used as a retail/office continuation of Waterfront Station. Most of the rest is parkland and it would be a real battle (not to mention a loss to the community) to develop it. Finally, the days of putting low-income housing separate from market rate are done--for good reason. Mixed-income housing is a better way to locate amenities and employment opportunities near people who need it.

There is no shortage of affordable housing within an easy, public transit commute of the city.

DC has become a premium place to live. Thus, only those that can afford to pay premium prices should get to live here. The rest can live in less desirable places like PG County or along Route 1 in Alexandria.

This is not a value judgment. It is simple economics.

NASA intends to renovate its current space while shuffling workers around in the interim. No plans to move buildings anymore.