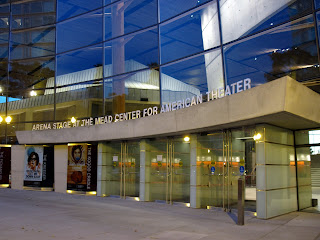 The popular Southwest Nights will be back at Arena Stage when the theater reopens this fall. Southwest residents and workers can purchase tickets for $25 each for select performances (limit 4 per household, proof of residency or employment needed, and all tickets purchased must be for SW residents or workers). Tickets are based on availability. Below is the tentative schedule of Southwest Nights for the 2010-2011 season:

Other discount programs are also available, including those for students, adults 30 and under, and families, to name a few. Take a look at Arena Stage’s Savings Program page for more details on all the discount programs.

If you want to get a sneak peek inside Arena Stage before the season begins and also want to know what’s happening with the Southwest Waterfront redevelopment, you can kill two birds with one stone because there will be a Southwest Waterfront Community Forum taking place at Arena Stage on September 29th from 6pm - 8:30pm. There will be an informal information session & Open House from 6:00pm – 7pm, followed by a presentation and Q&A session from 7pm – 8:30pm.

Today is exactly one month until Homecoming and FREE tickets will be available online October 8th!
Posted by SWill at 7:10 PM