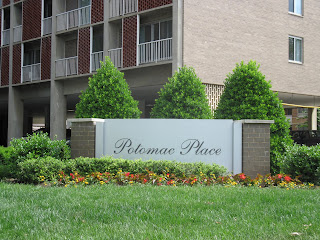 The general contractor at Potomac Place Tower, the condo conversion project at 800 4th Street, has filed for bankruptcy. This is is an excerpt from an email sent to the owners of Potomac Place Tower last Wednesday by the management company describing what happened:

The general contractor, Dietze Construction Group, filed Chapter 11 today. Apparently, Dietze had not been paying its subcontractors, despite being paid by the Declarant [Monument Realty], and the pattern of non-payment wasn't confined to this project. The developer is working expeditiously with the subcontractors to resolve the matter, which is expected to take between 14-21 days. In the interim, there will be no settlements or significant progress in the Phase III renovation schedule. We will forward an update when new dates are set for the items remaining, including the presently vacant Phase III units, canopy roof repair and community room upgrade. Due to the fluidity of the matter, there is very little information available at this time. However, we will do our best to update you on the matter on a weekly basis until the project resumes normal pace.

The news was confirmed in an article in Friday's Washington Business Journal. Since Monument Realty isn't able to demonstrate a clean title to the condo units due to the liens placed by subcontractors on Dietze, about 25 settlements have been affected. This is the second time that renovations have been delayed at Potomac Place Tower - back in late 2008, construction was halted at the condo conversion when Dietze placed a lien on the building, because Monument lost the financial backing of Lehman Brothers.
Update: A representative from Monument Realty states that sales are still occuring at Potomac Place Tower, but some settlements have been postponed due to the bankruptcy of Dietze.
Posted by SWill at 2:51 PM