I've been meaning to post these photos I took at Waterfront Station a couple Sundays ago, but I haven't had a chance to do it until now. See my post from December to see progress photos from October and December. 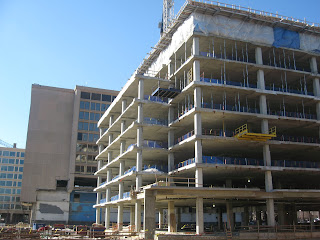 The first photo is of the West Tower, which has reached its full height of eight stories. This tower is supposed to be complete by March 2010. 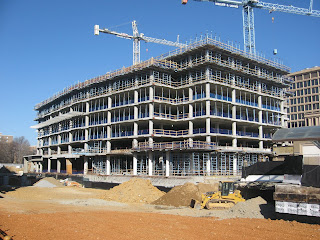 The East Tower, where the new Safeway will be located, is a little behind and has reached only the 7th floor. The projected completion of the east tower is May 2010. 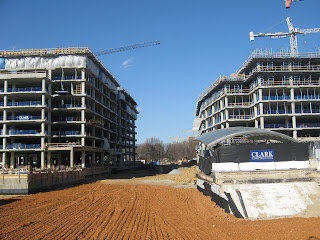 The 4th Street right-of-way is much more defined now with two towers flanking either side of the soon-to-be reopened road, which should happen sometime before the West Tower is completed. 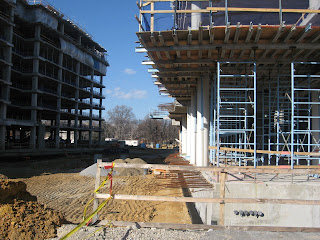 Here is a close-up of where the entrance will be to the new Safeway in the East Tower.
Posted by SWill at 8:48 PM

May I drive the wrecking ball? Pretty please?