Here's a link to the agenda for Monday's ANC 6D meeting, which will begin at 7pm at St. Augustine's Episcopal Church. Southwest-related items on the agenda include the Randall School, 1101 South Capitol Street, the new MPD District 1 HQ, and street closures for two races. 1101 South Capitol Street is the former KFC site where Southwest...TLQTC reported back in August that the Ruben Companies had plans to construct an office building. However, 1101 South Capitol no longer appears on their website on their list of projects. On the Board of Zoning Adjustment (BZA) website, there's a hearing on March 10th where 1101 South Capitol LLC will look for a variance and an exception in relation to a planned office building at the site. Perhaps a new developer has purchased the site? Real estate developers typically use LLCs when developing their projects, so this LLC could still be Ruben Companies, but we'll find out on Monday... 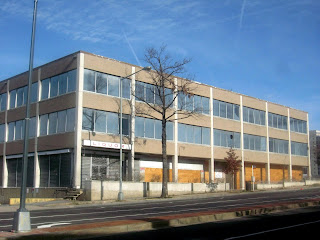 On a related note, District Chronicles reported last month that the 7-Eleven on South Capitol Street will close in a year to make way for new development. The 7-Eleven is owned by Vornado. Already, the Bernstein's Reliable Liquor store on M Street was shuttered last year and a cab company has vacated the site. Last night as I was driving along M Street, I noticed the top floors of the building where the liquor store was located was in the process of being gutted...I think. I'll go by the site again today to see if what I saw was correct (admittedly I was pretty tired when I drove by, so maybe my eyes were playing tricks on me). 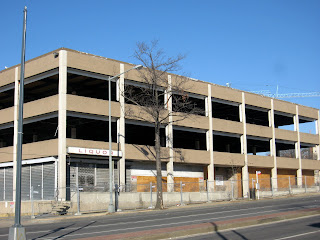 Update #2: Ruben Companies still owns 1101 South Capitol. However, the ANC tabled discussion about Ruben Companies' requested variance and exception at Monday's meeting since they are still in negotiations with the developer regarding community benefits.

I don't think your eyes were playing tricks on you. I recall the "gutted look" as well.