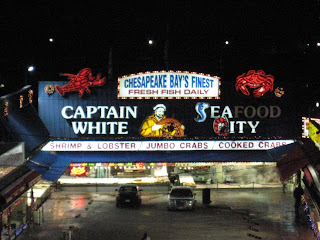 In addition to the news that Arena Stage will receive $10 million to facilitate construction of the new theater, the WBJ reports (subscribers only) on the unanimous approval by the D.C. Council of the transfer of land along the Southwest Waterfront to the Hoffman-Struever team. From the article:

Now D.C.-based PN Hoffman Inc. and its partner, Baltimore-based Struever Bros. Eccles & Rouse, will start the new year with a huge challenge: landing financing for a project that could entail 770 housing units, 700,000 square feet of offices, three hotels, 280,000 square feet of retail and 150,000 square feet of cultural attractions. “This very important project will be a landmark for our region and carries enormous responsibility,” said Hoffman, chief executive officer, in a statement released by the development team. “Our collective concern for the success of this project is very real, and we are pleased that all sides have come together. We can now focus on the matter at hand — moving this vision forward.”

The third story in this week's WBJ was an editorial (subscribers only) on the delays in getting the land transfer through the D.C. Council. From the editorial:

It’s not clear how the delay will affect the development team’s ability to get financing in this troubled market. Chances are, it probably wouldn’t have made a difference. But symbolically, the kerfluffle in the Wilson Building speaks volumes: How can the city continue to ask private developers to invest time and money in risky projects when it repeatedly beats them down? Our president-elect has earned the nickname “no drama Obama” for his unflappable nature, his ability to play politics at a level high above pettiness and for his focus on the big picture. Perhaps D.C.’s officials will be inspired to emulate these qualities, remembering that turf wars are usually more about ego than substance and that political grandstanding is not leadership.

I bet that the Southwest Waterfront drama will rank as one of the top stories of 2008 for the WBJ. Speaking of which, Southwest...TLQTC will put together a list of top Southwest news stories of the year during the week between Christmas and New Year's. Stay tuned!
(Photo is of the Maine Avenue fish market at night)
Posted by SWill at 8:24 PM