It appears that the west tower of Waterfront Station is winning the race to the top. Back in October, the east tower was rising out of the ground faster than the west tower. By next spring, both towers should reach their full height of eight stories. The following photos show the progress that has been made over the past two months. 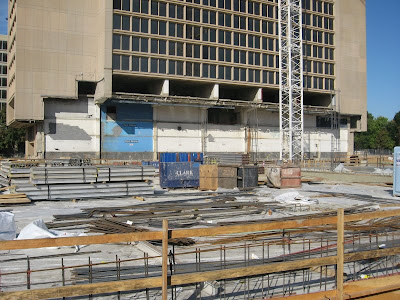 This is the site of the west tower back on October 11th of this year. 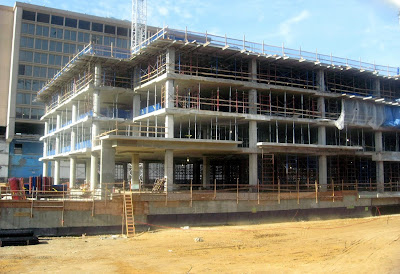 Here is the west tower as of December 14th. Construction has reached the 4th floor. 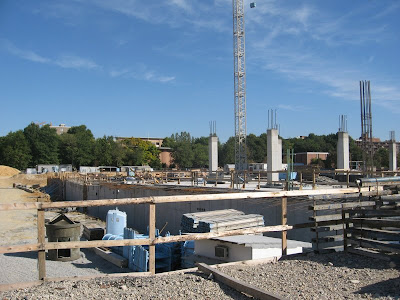 This photo of the east tower was also taken on October 11th. 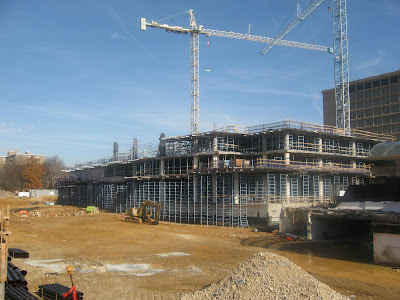 Here is the east tower of Waterfront Station on December 14th. Construction on this tower is only at the third floor. 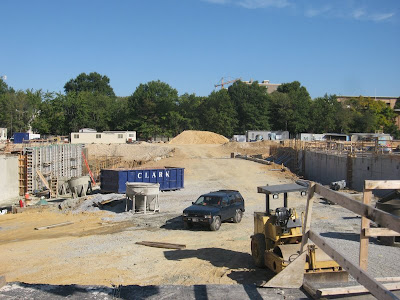 The 4th Street corridor back on October 11th. 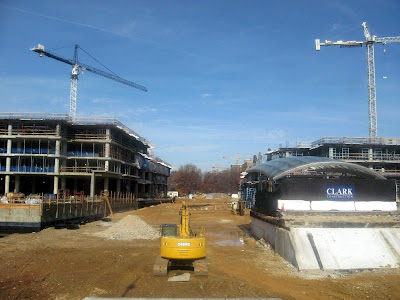 The 4th Street corridor is more pronounced as of December 14th. 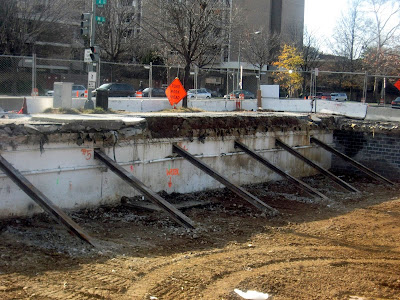 Support beams hold up the sidewalk along M Street.

The two office buildings and the reopened 4th Street should be ready by March 2010, while the new urban lifestyle Safeway should open in May 2010.
Posted by SWill at 7:17 PM