Windows are starting to be installed in the South tower of the former Town Center Apartments. The North tower was renovated earlier in 2008 and is now called 1001 at Waterfront. 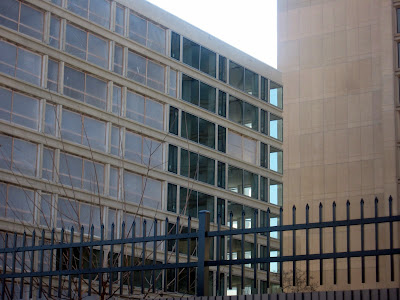 The side of the South tower facing the courtyard is first to receive new windows. Even more of this facade has received windows since I took this photo back on December 19th. These windows look different than the ones on the renovated North tower and resemble the new windows installed at The View at Waterfront on the west side of Waterfront Station. 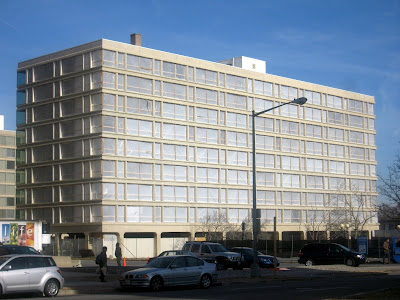 Here is a view of the South tower from M Street. This side of the building hasn't received windows yet.
Posted by SWill at 10:37 PM