SW Waterfront is the Talk of the Town 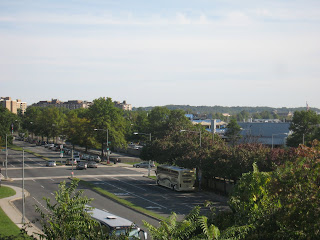 Since the D.C. Council passed a resolution on Tuesday allowing the transfer of land along the Southwest Waterfront from the city government to the Hoffman-Struever team, DCMud has posted two stories about the project (here and here). I wrote a comment after the first post lauding the fact that the development could now move forward, but expressed some concern over the credit markets and whether or not it would affect the timing of the project. The second DCMud post was an interview with Scott Seaman from PN Hoffman, and at the end of the post, my concern about obtaining financing and timing was addressed:

Still, planning is still embryonic. And given that the project isn’t likely to begin construction until at least 2012 – not to mention the belt-tightening state of the economy – is seems reasonable to wonder where and when the first of Hoffman-Streuver’s cash will be spent. “The next two years will be focused on completing the design of the project, working with the community, and submitting for the PUD,” says Seaman. “We are confident that the capital market will have improved by the time we are ready to put a shovel in the ground.”

Back in September, Elinor Bacon from ER Bacon Development, one of the development partners of the Southwest Waterfront, said at a SWNA meeting that construction would begin on phase one in 2011. From the DCMud post, it sounds like that date has been pushed back to 2012...
(The above photo is the Maine Avenue corridor taken in October 2008.)
Posted by SWill at 9:10 PM

A press release can be found using the following link: